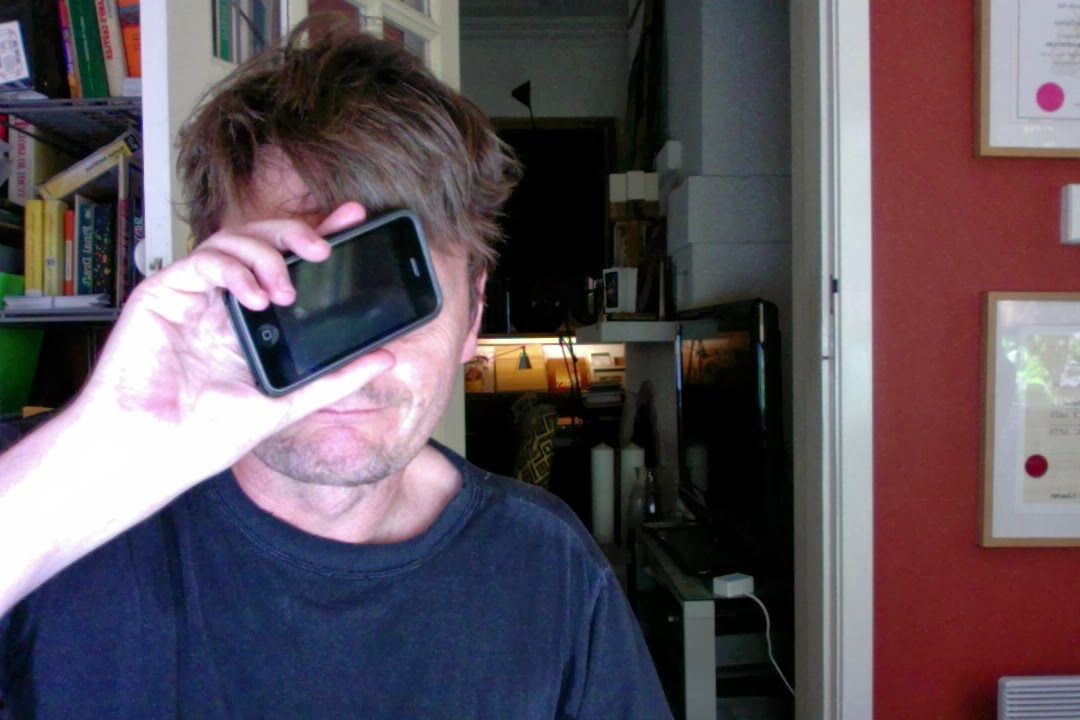 Is your smartphone making you rude? Do you think technology is a distraction from manners? How do we use technology yet remain considerate?

These topics were discussed on ABC News Breakfast yesterday morning, and of course there were numerous tweets from viewers who thought that mobile phone usage had made people inconsiderate. Viewers complained about shop assistants who took calls in the middle of making a sale – thus, not making a sale. I commiserated. I’ve been on the number 96 ST Kilda tram alongside mobile phone users whose conversations are so loud that you can’t even hear the guy up the back who’s got a bottle of sherry in a brown paper bag and has remarkable recall of the collected works of Rodgers and Hammerstein. (Why do so many derros know every song from My Fair Lady?) Our favourite horror godfather Stephen King got so teed off with mobile phone users that he wrote a big fat novel, Cell, where mobile phones have caused their users to become insane, vicious zombies, pulling people apart with their own hands, but not without first checking their SMS’s or downloading a more beguiling ring tone. 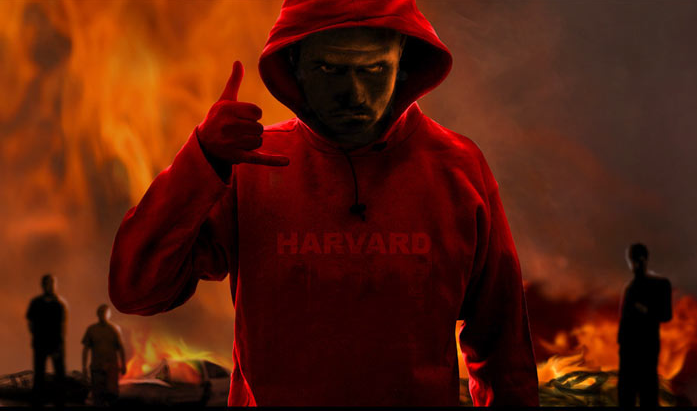 As much as I enjoyed Cell, I think Stephen King’s novel seemed too much like the rantings of an angry old man. You know, the sort of guy who is always railing at the local kids for walking on his lawn. Nevertheless it will make a brilliant movie and collect several billion dollars, provided Andy McDowell or Paul Rudd aren’t in it.

This week I finally joined the smart phone generation, or the ‘21st Century’ as Steve Jobs preferred to call it, during his zestier ‘alive’ period. I have a sweet, shiny iphone, which I am only gradually learning to use. And my stubby fingers will never be able to manage that tiny keyboard. But clearly it can’t be that hard. After all, I constantly see car drivers using their smart phones, which they obviously wouldn’t do unless (a) smart phones are easy to manage and (b) they’re homicidal idiots and Stephen King was right.

Most of all, people (including Mr King) seem to resent having other people’s phone conversations inflicted on them, when these conversations are generally about stuff that really doesn’t seem so urgent that the ringer could not have waited till he/she was off the tram or bus.

But there is a worse kind of overheard mobile phone call that can really weird you out. On one Tuesday afternoon when I took the route 96, all passengers were fixated on their tablets, iphones, kindles, or whatever they use to make their journey more pleasant. Suddenly a cry of anguish filled the tram. This wasn’t the sound of someone being attacked or harrassed (I know, because I live in St Kilda and that’s a sound I’ve heard before.) This was the sound of someone who has just received the worst possible news. It was news that physically hurt. Everyone on the tram, even the sherry guy, looked in the direction of the sound. It was being made by a young, tough-looking man who was wearing a suit that seemed a little too small for him, and that had probably been cleaned in a coin launderette once too often. The man in anguish cried out again into his iphone. It was a girl’s name. Let’s say it was ‘Brie’ because it usually is.

And what Brie, at the other end of the phone had just told the tight suit guy (we’ll call him Brad because he looked like he should have been one) was that their relationship was over. This obviously came as a surprise to Brad, because his cries of disbelief and horror were absolutely genuine. What followed was Brad trying to convince Brie that they shouldn’t break up, because he was so impossibly in love with her that he would kill himself if she left him. Seriously, the breakup by mobile phone was as dramatic as that. We passed Middle Park station and Brad was still threatening self harm. At Fraser Street he’d calmed down a bit. Then Brie obviously brought up some transgression that Brad had made, because he reassured her that this would never never happen again, they’d already talked over this. He didn’t even like Wendy. And he hadn’t pashed her, he’d just bumped into her at Southern Cross Station outside Pie Face. He could probably get the CCTV footage, if Brie didn’t believe him. ‘Just please don’t leave me.’ The mood on the tram changed from one of bland Tuesday afternoon indifference to genuine concern for Brad. His agony was palpable. It touched something in all of us; that terrible moment when we learn that a relationship is mangled beyond repair. And not just any relationship. But the only one that seems worth anything and that reassures you in the night at 2.00am when you used to get nightmares, which will no doubt return. I wonder how many commuters were thinking of offering advice to Brad? ‘Come on, you were too good for her anyway.’ ‘There’ll be other Bries.’ 'I know what really happened at Pie Face. It was innocent. You're a hulluva nice guy.' I know I wanted to, but Brad seemed in no condition to take comfort from strangers. And who could blame him? He was being dropped – by mobile phone! That’s almost as bad as being dropped by an SMS or a Facebook post. And he looked the sort of guy who doesn’t usually burst into tears in public and who only just tolerates the Twilight movies because Brie likes them so much. Even the sherry guy was stunned by what he had heard. He was silent. Clearly, he couldn’t think of an appropriate song, though I’m sure there are several. Blue Sunday springs to mind, though a Jim Morrison vocal is hard to pull off. You really need to be on bourbon, not sherry.
Several people left the tram a few stops early at Fitzroy Street, to avoid Brad’s terrible, horrible ordeal. Before long it was just Brad and me and the mobile phone with Brie at the end. Brad howled into his instrument about how he would never again do what he had done that had so upset Brie. Then Brad stopped talking when he realised it could no longer serve any purpose. Brie had hung up. Brad immediately pressed return, but Brie had decided not to take calls. Now was my chance to say something to Brad, but how could it possibly pick him up after this epic separation? Brad walked toward me and the back doorway as the tram stopped at The Esplanade. This was Brad’s stop. Mine wasn’t till Luna Park. I wanted to tell Brad that things would get better, that he mustn’t give up on being a good human being. I made eye contaxct with Brad as he headed for the exit. Once I was on a tram with a young guy who was ‘chroming’, sniffing aerosol paint from a plastic bag. I remember seeing his eyes as he entered the zone of unhurting, the place that he needed so badly to reach and relied upon the paint fumes to get him there. The chromer had a dead face. He was no longer in the normal human dimension. He had mentally checked out. And that’s how Brad looked as he left the tram. I don’t think that anything I said would have saved him from how he felt. I just hoped that Brad wouldn’t throw himself under a car, or seek comfort in petrol fumes.


And when I woke up at 2.00am that night I thought about Brad and Brie, wishing they hadn’t made me an eavesdropper of their demise.
Posted by DougMacLeod at 9:24 PM

Oddly, I spent an hour train trip home to Romsey (trying to read one of your books) being disturbed by a grey gang of pensioners, noisily sharing their annoying ring tones and laughing loudly like a manic bunch of 15 year olds. Thinking back on it, it's actually quite amusing... but at the time I gave them a sssh.

Advancments in phone repairs st Kilda can be linked to many areas. While it is becoming a hot topic for debate, its influence on western cinema has not been given proper recognition. Crossing many cultural barriers it still draws remarks such as 'I wouldn't touch it with a barge pole' and 'i'd rather eat wasps' from those politicaly minded individuals living in the past, who just don't like that sort of thing. Complex though it is I shall now attempt to provide an exaustive report on phone repairs st Kilda and its numerous 'industries'.