Andy Griffiths made me miss my plane.

I've spent far too long on Google trying to find out who first said 'There are but three things that writers desire: praise, praise and praise. So I’m going to take a stab in the dark and say it was Dorothy Parker. I'm sure I read it in What Fresh Hell is This?
(Best book title ever.) 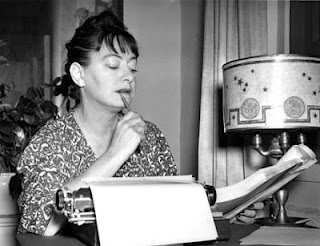 It's frighteningly true, whoever said it. Writers, I have been known to opine, are the most tedious of facebook friends. Have you been included on The Vic Premier's Reading Challenge list? (Which contains close to a thousand titles anyway, and yeah, I'm there.) For god's sake put it on facebook because people really need to know just as soon as possible. And even if you are only a passing acquaintance with the aforementioned tragic writer for god's sake leave a comment or give them a 'like', or you'll be unfriended - and we know how painful that is.

Time for me to come clean. Presuming it was Dorothy Parker who said that thing about praise, I am definitely a friend of Dorothy. I can't help it. I sit in this bloody room for about eight hours a day and make up rubbish that I hope people will find mildly diverting. My original aim when I left my full-time job in TV was to have one novel per year published. Penguin thinks that is far too many. And they do have a certain standard to maintain. After all, they published a kids' book called There's Money in Toilets, so we are looking at a publisher of some taste and distinction. (The toilet book is by a colleague, Robert Greenberg who is easily offended, and as self-involved as all writers, so I should add as a sop that it's actually quite a good story based on an interesting premise, it's just got a title that tries far too hard to capture the farting arse market that Andy Griffiths has so lovingly made his very own.

Now, if I'm going to apologise to Robert, I should also apologise to Andy. I actually sat on a CBCA panel once and defended The Day My Bum Went Psycho, on the grounds that it was a satire on James Bond. Really, the idea that there is a deranged giant bum somewhere that wishes to release some sort of force that means every human on earth will lose their heads and end up with extra bums on their shoulders is worthy of the Bondian evil mastermind, Ernst Stavro Blofeld. Sure, it's stupid, but so is the idea of stealing three nuclear warheads and holding the world to ransom. Why, Blofeld ? What the hell do you want? This is what Blofeld did in the Bond movie Thunderball where we first saw his lovely white long-haired cat that he kept on his knee. I always thought that was funny; that Blofeld, who only ever wears black, should have a white Persian pussycat. We used to have such a pet in this household. Not only do they tend to be stroppy and deaf, especially if their eyes are of different colours, but they shed so much white fur that, without constant hoovering, you end up with a flokati rug in the living room that you never knew you had. As for your groovy tight-leg black pants, they end up covered in a flock of white fur. So really, in that scene where we first meet Blofeld, we should see a man entirely covered in bits of white fur, trying with dignity to outline his plan for world domination while his shaggy pet cat keeps biting at his legs or digging his claws in, which is a bad look for an evil mastermind.

That scene in Spectre when we first meet Blofeld (although we only ever see his legs, for the rest of him is concealed by frosted glass and the fluffy white cat, should really be more like this:
Several numbered but unnamed spectre agents sit around a table as Blofeld, only half seen by us, conducts a board meeting. (Sorry for the dodgy layout. How wise of the Blogger people to change everything about their program, given that we've only just learned how to use it.)

I regret to inform you all of the death of SPECTRE Number Six. Colonel Jacques Bouvar was killed by an unknown assassin. His services will be greatly missed. We will now hear the area financial reports. Number Seven? Blackmail of the double agent Matsou Fujiwa?

Unfortunately, only a million yen. 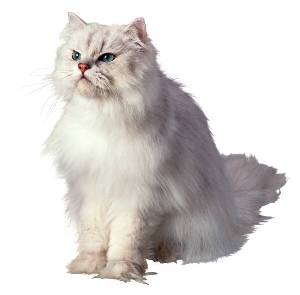 Posted by DougMacLeod at 5:04 PM No comments:

Tara Moss did NOT fart at me in the shuttle bus