Who murdered my brain?

There has been a fair whack of publicity regarding Baz Lhrmann’s ‘reimagining’ of The Great Gatsby. In light of this, I feel I have to clear up a gaffe I made during a speech at last year’s Australian Book Council conference in Adelaide. I was on a panel with Michael Gerard Bauer and some other funny writers, where I espoused my habit of reading all the ‘short classics’. There was a general discussion about books like Heart of Darkness and The Outsider and Northanger Abbey, some of which made it to Twitter. I was pretty happy with an answer to the question about whether my books were preferred by girls or boys. I answered that both sexes seem to dislike them about equally.

Then it fell to pieces.

I lost my mind for a few moments and mentioned how perfect are the letters that Fitzgerald exchanged with his editor during the process of writing the great American classic (which, of course, Fitzgerald didn’t realise he was doing). I made the startlingly stupid remark that the reader is never sure of who drove the car that killed Myrtle, one of the principal characters. (Spoiler, but you all know it.) What I said was patently wrong and rates right up there with Sarah Palin telling us all that Africa is a country and not, in fact, a continent. No one corrected me so I shall do so now. Of course we knew who was driving the car. In the letters to his editor, Fitzgerald was never happy with the plot point that forced the departure to New York, thus setting up the Death of Myrtle story. It didn't seem strongly motivated. (Fitzgerald's words.) 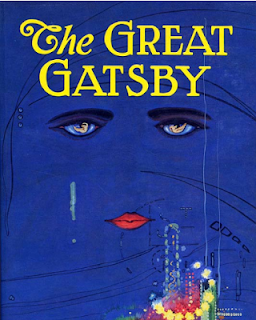 Fitzgerald was never satisfied with this part of the book, and this somehow made my stroke-addled brain activate my voice to inform a large, literate audience that Gatsby’s car must have driven itself.

I am profoundly, humbly sorry for saying such an idiotic thing. I think that the only two movies to feature driverless cars are Stephen King’s Christine and Disney’s The Love Bug, neither of which appear in the movie of The Great Gadsby, unless Baz has taken some startling liberties with the story.

It may seem all too convenient to blame the great stroke of 2011 for my gaffe, but that damned thing has changed pretty much every aspect of my life. I find it very difficult to write. And while I bear little in common with WH Auden, unless I age particularly badly, I agree with him when he says that unless he writes something every day, he goes to bed feeling unwell. 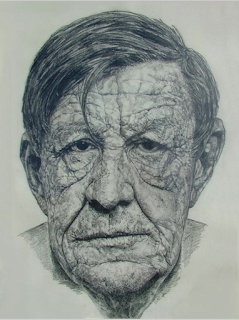 WH Auden, presumably at the end of a day where he hasn't written anything.

It’s taken a lot longer to recover from that stroke than I thought it would. I can walk, read, watch movies, yet I’m still disabled on so many levels. The bit of my brain that died is at the base of the Basel ganglia. It’s a part of the brain that we need especially for memory, but also for logic, or ‘cause and effect’, which are rather important for a writer. I nervously accepted a job on Shaun Micallef’s wonderful series, Mr and Mrs Murder. I warned the producers that I’d had a stroke and that I wasn’t at the height of my powers, but they still wanted me for the table meetings, where a group of writers sit and go about the vital task of plotting a series. We were making good progress. I pitched a storyline and started to write it up myself, away from the table. My story was based on a book I’d read about the extraordinary world of professional body-building, which touched on the subject of doping and strongly indicated that the most effective growth hormone there is can be found in the human pituitary gland, just behind the ear. My story would be about some mortuary worker who was extracting the valuable fluid from cadavers. (It's what Hitchcock called The McGuffin, the terribly valuable or powerful thing that people want and that drives a story.) The subject matter didn’t give me a readily apparent and interesting ‘corpse’, so that Charley and Nicola Buchanan had a murder to investigate. I thought of what I considered a brilliant idea of having the corpse provided by a sunbed, from which the occupant was unable to escape, owing to whatever that drug it is that Agatha Christie keeps putting in her books, the one that renders the victim completely immobile, so that they are alive to feel the horrors and agonies of the demise that the perpetrator has arranged for them. I believe it was given to the murder victim in Murder on the Orient Express. Thus the victim remained alive to witness his death by (huge spoiler) absolutely every single suspect. 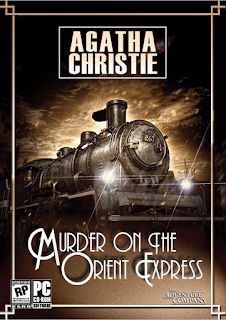 My body-building story seemed to be going quite well, until the migraines started. What I had once been able to do fairly mechanically (that is, write TV scripts) was now almost impossible. It was actually painful. I hated letting down the side, but I was forced to hand over my scene breakdown and retire hurt to the pavilion. I actually saw the episode based on my scene breakdown that went to air. It was pretty well salvaged, I expect by script producer Kelly Lefevre, but what I’d envisaged as a climactic and terrifying mortuary stalking scene had been cut. And it was cut because my script was far too long. Mr and Mrs Murder is probably the hardest show on Australian television to write for. Must crucially, it airs on a commercial station, meaning that each episode that is supposedly an hour in length is, in fact, a ‘commercial hour’. In other words, 43 minutes. And in that time we had to have an interesting but not too graphic murder, a crowd of suspects, an unusual location, sufficient red herrings to throw the viewer off the scent, and a fair whack of comedy, a lot of which is fortunately provided by Shaun Micallef, who does a ‘comedy pass’ over every script. I honestly don’t know if I was getting the headaches because of the difficulty of the project itself, or because the base of my basel ganglia was at that time a vacant lot.
It’s good to see the show, even if defiled by commercials. I hope we’ll see many more episodes and that one day I’ll be able to write an AWGIE-award winning contribution to the series.

By the way, I‘ve since found out that my ingenious ‘death by sunbed’ murder has been done by everyone.

Posted by DougMacLeod at 5:24 PM 2 comments: