Here'e the press release for my next Penguin, which audaciously takes on the theme of comedy and how it unites and divides us. Hmm yes. That's why we put a tiger on the cover. 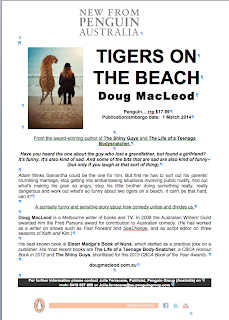 On my website you will find a book called My Extraordinary Life and Death. I used an old trick, where I added silly captions to some unlikely pictures, in order to build up a story. Here is the finished product. 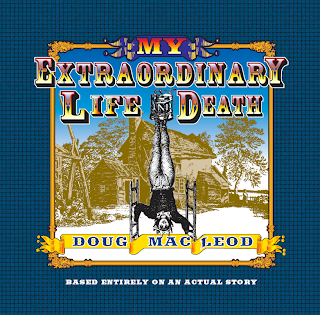 I started doing it on my blog for Inside a Dog, the website of The Centre for Youth Literature at The Melbourne State Library. I was supposed to blog about my life three times a week, but really there wasn’t enough to blog about. I don’t review books, so I couldn’t fill my blog with literary critique.

I became obsessed with Project Gutenberg, the on-line repository for books that are out of copyright and therefore free to the public to download. One particular title, ‘Banbury Chapbooks’ gave me a vast quantity of curious pictures that assisted me in coming up with a bizarre story of my life. Here are some examples of pictures that caught my eye and suggested curious moments from someone's insane biography. 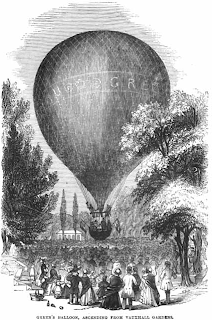 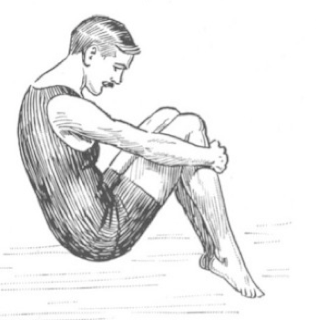 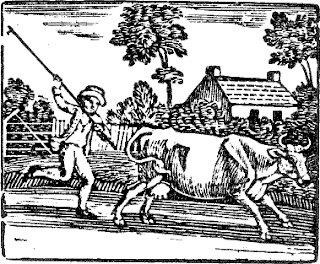 I know it sounds easy to make a story out of pics with silly captions, but it wasn’t. I’ll see if I can explain why.

Paul Collins owns and runs an independent publishing company, and we're very glad he does, because it gives us authors one more shot at getting published. Paul has been of great help to a number of authors and illustrators, and continues to publish with enthusiasm and aplomb. His books always look good, largely due to Paul’s strong working relationship with designer Grant Gittus. When Paul saw my blog story about the bizarre things that purportedly have happened to me in My Extraordinary Life and Death he very kindly offered to publish it as a book. I wasn’t sure about this, until Grant Gittus showed me how the book would be treated. It looked fantastic, so I went about the task of augmenting the story, and giving the whole thing a ‘comedy pass’. (That’s a film and TV script editor’s term. It simply means adding more and better jokes.)

I wanted to make the book as funny as possible. Which brings us to why it wasn’t easy to do this book. Everyone insists they have a sense of humour, but everyone’s is different. I did about seven versions of My Extraordinary Life and Death, all of which reside on my hard drive. I think a couple of them are actually funnier than the finished product. The reason I had to redo the book over and over is that Paul and his entourage (he tends to rely on quite a few helpful people and has interns) kept disagreeing with me on what was actually funny. I suppose that when comedy is presented so simply – a picture with a funny caption – everyone believes they can do it and that their way is better.

There was stuff that I thought we could lose, for the benefit of the overall ‘story’, but other people wanted to keep it. And I was obsessive about ‘plotting’ the book so that it really did cover an entire life. I had a war chapter and a school chums chapter, which I thought were both good, along with a few pages describing how the subject of the story (‘me’) made his vast fortune, enabling him to lead a life of eccentric luxury. But some people wanted to drop these chapters. I remember arguing with Paul about whether to use the word ‘tavern’ or ‘pub’ for this picture: 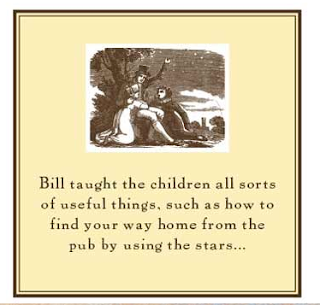 Paul wanted to use ‘tavern’ because it was more suitable to the Victorian period in which the story seems to take place. And of course ‘tavern’ means ‘pub’. Most people would know that. So why did I fight for ‘pub’ instead of ‘tavern’? I’ve finally worked out what bothers me about ‘tavern’. It’s a fine and elegant word but it trips up the reader.  One is inclined to linger just a moment too long, meaning the rhythm of the joke is lost. Jokes are like music. And even the best gag in the world can collapse in an embarassing heap if the person who tells it doesn’t have the timing or understand the joke’s ‘music’. Arguing about this page became symptomatic of the whole book. I got angrier and angrier. So did the Ford Street gang until they started giving notes like, ‘None of us thinks this is funny’, to which I would respond , ‘I’m sorry, but I do believe it’s funny and it’s my bloody book, etc.’ A sort of compromise was struck where we made a website that people could visit and see the chapters that were deleted. I really like the one about war. And there are four pages in the ‘general offcuts’, involving how the book’s subject made such vast quantities of money. We'll come to those missing portions in a moment. I was pretty happy with the end product, and we certainly got our fair share of good reviews. One overenthuiastic critic even sompared it favourably with a new release from Joseph Heller.

The critic was clearly bonkers.

Here is a link that actually will get you to the secret missing chapters of My Extraordinary Life and Death. Don't get too excited. It's not like we just found Fury From the Deep in Ethiopia.

Paul works tirelessly to promote his product.  I did more interviews for My Extraordinary Life and Death than I have for any pf my other books. I’ve bought a fair bit of stock from Paul, because I don’t like to think that he is losing money on my title, which he was brave enough to bring into his stable. But he surely must be. I haven’t seen the book anywhere except on the odd sale table. I guess one of the problems is that the book is so beautifully made and designed, that it’s rather expensive. I had hoped that the book would be a ten dollar wonder, like the current crop of ‘Popular Penguins’. I think the book would have had a much happier and more commercial life if we had kept the unit price down. The quality of paper and binding is simply far too good for such a silly joke. It retails for twenty dollars, and I would urge you to buy it, if only to keep Ford Street from going under. Although you probably will get a few laughs out of it. Andy Griffiths, who knows a few things about comedy, is a fan, and the Oscar-winning movie director Adam Elliot has also sent me a lovely email, completely unsolicited, about how much he likes the book’s comedy.

I have an embarrassingly long history of producing mass market TV comedy shows. Look me up on IMDB. I’ve also written quite a few ‘funny’ novels for young adults. I got some kudos for a funny book called The Life of a Teenage Body-snatcher. I have the runs on the board, so to speak. The Australian Writers Guild even awarded me a citation for my contribution to Australian comedy.
This is what a citation looks like. And holding it is what we call a comedy writer. They never look happy, even when holding a citation. 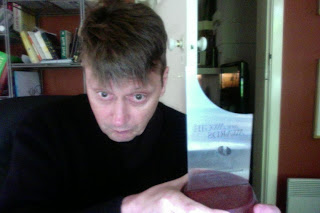 It’s an award that many of my former employees would probably dispute. But it’s still a bloody award that I can hold up to the world to boast, ‘I’m good at comedy. I always have been.  And I bloody know why pub is funny and tavern isn’t in the context of page 110 of My Extraordinary Life and Death.